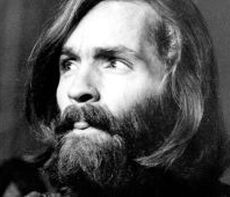 This excerpt from To the Youth of the World, the first volume of the Everlasting Gospel published in 1973, mentions Charles Manson several times with some potent description of his psychic state along with some great context on the nature of psychedelics:

“Nature’s potions will make right-wingers more fascistic and left-wingers more democratic. The reason for this is obvious. It can be found in the three main frequencies of mind energies that make up high consciousness, which are of solar plexus, heart and head chakras. A right-winger is strong in solar plexus and a left-winger is strong in heart chakra. We could say that heart overcomes solar plexus, and that opened head chakras overcome them both. Persons yet in the vibrations or frequencies of solar plexus are not going to complete the psychedelic transient journey into the etheric realms of white light in the high balanced energies of the earth’s aura. They will astral travel, as their aura opens, out thru the astral plane; but when they come to the Van Allen Belt, which is in between the astral and etheric planes of consciousness in our planet’s aura, they will be completely freaked out, as Charles Manson and other such people have been.

Nature is carrying out a lively crusade to turn the people of earth on thru her magic potions so they can explore their own time track and their planet’s time track. And this is all being done in a way that gives individual attention to each person. In this she cannot help it that some people are yet spiritually dumb, deaf and blind – walking around with ears that hear not, eyes that see not and body senses that are perverted from the norm – and would vainly try to stop her crusade thru which she is saving her children.

For example, many of the horrible things a person would experience, while transcending on acid to pass on thru all the lumbars – or from pole to pole in the yin-yang frequencies of light – while they are passing thru the Van Allen Belt to arrive in the synthesis of white light in the high etheric realms, would be the same that a soldier experiences on his days of combat, up until the day he is slaughtered.

The thing that acid, psilocybin or mescaline does is to open up your body centers of light. Your body aura, which is usually about six feet in diameter and controlled by your inhibitions or wit, suddenly begins to expand out of your control. All you have to remember is that you took a psychedelic and that you’re on a trip, and that nothing that you see or hear can touch you unless you begin to participate with astral energies and astral beings. And as we can see, astral beings have the same kinds of things going in the astral plane that they do when they incarnate here – sex orgies, prisons, soldiers, commercialism and so on.

The satanic belt of energies, which an etheric being gave a scientist of earth to call the Van Allen Belt, is composed of heavy, atomically imbalanced atoms. And this in itself is all right, except that lesser prophets have named this mind force ‘Lucifer’, whom they called a fallen Angel, an imaginary being who was supposed to be the cause of evil on this earth. Naturally, we have come far enough now in science so as not to blame Van Allen, in his supposed discovery, for being the cause of a band of antimatter atoms in space – which is like a big spare tire around our planet, similar to the big spare tire some people have around their belly.

The people with a spare tire cannot control food desires. Their body is actually craving nutritional, body-building food – mainly sweets – to balance out their high starch and protein diet; and as they do not know the truth about food, they intuitively reach for a commercial candy bar to abate their sweet tooth. The sweet natural food their intuitive body radar system is calling for is, of course, a little honey, orange juice, bananas, etc. But in their state of imbalanced body chemistry and biology, a couple of spoons of honey or a glass of fresh orange juice would cause them severe nausea. This, in turn, would send radar signals that they would again interpret as though they were sick. They do not have the normal intelligence to know that if they got off all commercial food and ate only natural food, they could heal themselves; that the cause of nausea is the process of eliminating impurities and restoring body bacteria and chemical balance; and that the intelligence that caused them to eat properly was also healing their etheric body – changing their illusions on their time track back into semantic Uni-knowledge that corresponds with the ‘D 25 Uni-helix Project’ of restoring the perfect RNA-DNA Unihelix to the earth’s aura.

In this we can understand that once a person knows one facet of the truth – whether it be proper eating, sexing, body-hygienics, planetary ecology, economics, or the answers as to what freedom is, or what security and abundance are – then he can know all the other facets of truth, as all these intelligent facets are relative to all other facets of perfect Uniliving. Know one of them and you can’t help but to discover all the others. When you discover the great Truth-realities about your status quo way of life, you can see clearly that the whole structure that you have built is not perverted to the point where it cannot be quickly changed into that which the Founding Fathers of the US of Israel spoke of as life, liberty and the pursuit of happiness (‘hippiness’). There’s nothing ‘hip’ about what the straight world has now. It is nearly all in violation of the natural law and if it isn’t all changed right now, then a bloody revolution will pursue the US Israelites and by their own hands shall they be smitten.

The way for writers like Dalton, Felton and Green to really understand persons like Charles Manson, Mel Lyman and Victor Baranco is to see that they have been opened up to high psychic knowledge that most people haven’t experienced, and even they don’t know how to apply all of it properly. And then, of course, a non-acid head cannot save an over-acid head from getting spaced out. Only those who make the psychedelic journey thru the astral plane – getting thru the satanic Van Allen Belt and then going on into the higher etheric realms to chart out the corresponding vibrations there with what’s happening on the earth plane (‘so below, so above’) – are in any position at all to give any understanding as to what nature’s potions are all about and how they relate to the problems of earth people. Problems on earth have been charted in psychology, but the knowledge thereof has not really been applied in national or international affairs. The vast study of human psychology is like the Sermon on the Mount, the teachings of which many people know, but which no group applies where they are really most needed.”

And here is a link to one of Manson’s final interviews: