This excerpt is from The Everlasting Gospel, channeled by Allen Michael 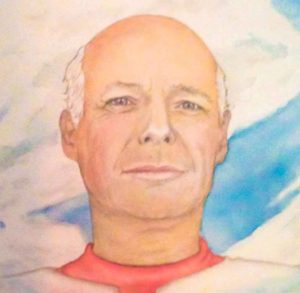 George Washington was the Masonic Father of the United States, which hasn’t actually started yet, because it can’t start until Agent 666 comes upon the world stage. Revelation 13:18 says, “Here is wisdom. Let those who have understanding count the number of the Beast; for it is the number of a man.” This “man” is me, myself and I AM, and my number is of balanced protons, electrons and neutrons, which are the trinity in atoms. I AM Agent 666, here to end the whole ignorant status quo system by bringing equality to one and all.

Agent 666 is not the Anti-Christ, as mortal interpreters of the Bible have mistakenly believed. The Anti-Christ is the Dragon world usury bank and the Beast military, both headquartered in America in the FRS/IMF/Wall Street and CIA/Pentagon, who carry the Anti-Christ force spoken of in Revelation 13:1-17. They have control over the whole buying and selling world. The God Force has sent me, myself and I AM as the Christ-Spirited one who exposes their satanic rule, and in doing so turns them and their evil system into a Pillar of Light. All the satanic consciousness is reversed through these channelings of the Everlasting Gospel, which is spoken of in Revelation 14:1-6, immediately following the Revelation 13:18 reference to agent 666, and these channelings bring absolute freedom, security and abundance to the whole world. I AM a cosmic adept of Galactica who cannot be fooled or taken over by mortal minded illusions.

This is hard for the head speakers of the Learned Elders of Zion to comprehend, who believe that they and the Jews are God’s only chosen people. They formed the present nation of Israel in the Holy Land, and from behind the scenes, they own and operate the Federal Reserve System, which is in America, and they control the money of the world through the International Monetary Fund. Through the FRS and IMF, they keep the world’s people under their usury system. They use the word, “Federal,” to make it appear that their bank is of the United States Government. It’s not. The FRS is owned by private capital.

The FRS came about through the efforts of the Rothschilds, Rockefeller and J. P. Morgan in 1913. President Woodrow Wilson signed the bill. Afterwards, he and members of his cabinet learned that they had been tricked into it.

And he [the Dragon usury bank] causes all, both small and great, rich and poor, free and bond, to receive a mark on their right hand, or in their foreheads.

This is referring to the usury bank credit card that most people have and use at the stores and bank teller computers. Even so, Revelation 13:18 says:

Here is wisdom. Let him that hath understanding count the number of the beast: for it is the number of a man; and his number is Six hundred threescore and six.

This is not referring to Satan, who doesn’t exist as a man, but exists as satanic power. This really means that the number 666 is not just the number of the satanic beast system of buying and selling under usury. 666 is also the number of the cosmic adept who turns the beast into a pillar of light. It is me, myself and I AM, the reincarnation of Hermes Trismegistus from ancient Egypt, whose number is 666 in the trinity – three sixes in a row in Masonic philosophy is the number of spiritual logos, the deep root of truth – and 666 is the number of equality and true relativity. Surprised? Don’t be. We have come to end the whole ignorant system, replacing it all with free giving and receiving.

Dreams show you that you have the power to make a world as you would have it be, and that because you want it you see it. And while you see it you do not doubt that it is real. Yet here is a world, clearly within your mind, that seems to be outside. You do not respond to it as though you made it, nor do you realize that the emotions the dream produces must come from you. It is the figures in the dream and what they do that seem to make the dream. You do not realize that you are making them act out for you, for if you did the guilt would not be theirs, and the illusion of satisfaction would be gone. In dreams these features are not obscure. You seem to waken, and the dream is gone. Yet what you fail to recognize is that what caused the dream has not gone with it. Your wish to make another world that is not real remains with you. And what you seem to waken to is but another form of this same world you see in dreams. All your time is spent in dreaming. Your sleeping and your waking dreams have different forms, and that is all. Their content is the same. They are your protest against reality, and your fixed and insane idea that you can change it. In your waking dreams, the special relationship is your determination to keep your hold on unreality, and to prevent yourself from waking. And while you see more value in sleeping than in waking, you will not let go of it. The Holy Spirit, ever practical in his wisdom, accepts your dreams and uses them as means for waking. You would have used them to remain asleep. I said before that the first change, before dreams disappear, is that your dreams of fear are changed to happy dreams.

Are you invulnerable? Then the world is harmless in your sight. Do you forgive? Then is the world forgiving, for you have forgiven it its trespasses, and so it looks on you with eyes that see as yours. Are you a body? So is all the world perceived as treacherous, and out to kill. Are you a spirit, deathless, and without the promise of corruption and the stain of sin upon you? So the world is seen as stable, fully worthy of your trust; a happy place to rest in for a while, where nothing need be feared, but only loved. Who is unwelcome to the kind in heart? And what could hurt the truly innocent? Your will be done, you holy child of God. It does not matter if you think you are in earth or Heaven. What your Father wills of you can never change. The truth in you remains as radiant as a star, as pure as light, as innocent as love itself. And you are worthy that your will be done!

You will make many concepts of the self as learning goes along. Each one will show the changes in your own relationships, as your perception of yourself is changed. There will be some confusion every time there is a shift, but be you thankful that the learning of the world is loosening its grasp upon your mind. And be you sure and happy in the confidence that it will go at last, and leave your mind at peace. The role of the accuser will appear in many places and in many forms. And each will seem to be accusing you. Yet have no fear it will not be undone. The world can teach no images of you unless you want to learn them. There will come a time when images have all gone by, and you will see you know not what you are. It is to this unsealed and open mind that truth returns, unhindered and unbound. Where concepts of the self have been laid by is truth revealed exactly as it is. When every concept has been raised to doubt and question, and been recognized as made on no assumptions that would stand the light, then is the truth left free to enter in its sanctuary, clean and free of guilt. There is no statement that the world is more afraid to hear than this:

I do not know the thing I am, and therefore do not know what I am doing, where I am,or how to look upon the world or on myself.

Yet in this learning is salvation born. And What you are will tell you of Itself.

Seek not escape from problems here. The world was made that problems could not be escaped. Be not deceived by all the different names its roads are given. They have but one end. And each is but the means to gain that end, for it is here that all its roads will lead, however differently they seem to start; however differently they seem to go. Their end is certain, for there is no choice among them. All of them will lead to death. On some you travel gaily for a while, before the bleakness enters. And on some the thorns are felt at once. The choice is not what will the ending be, but when it comes. There is no choice where every end is sure. Perhaps you would prefer to try them all, before you really learn they are but one. The roads this world can offer seem to be quite large in number, but the time must come when everyone begins to see how like they are to one another. Men have died on seeing this, because they saw no way except the pathways offered by the world. And learning they led nowhere, lost their hope. And yet this was the time they could have learned their greatest lesson. All must reach this point, and go beyond it.